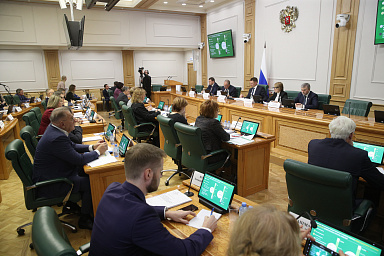 The impact of state support measures on the development of agriculture was discussed today at parliamentary hearings in the Federation Council. Deputy Minister Elena Fastova spoke about the work of the Ministry of Agriculture of Russia in this direction.

According to her, the data of departmental reporting on the financial condition of agricultural producers testify to the effectiveness of the applied state support measures. There is a consistently high proportion of profitable organizations, increasing profitability and wages in the agro-industrial complex. The industry shows growth in key indicators.

As Elena Fastova noted, next year, 432.2 billion rubles are currently provided for the implementation of three main state programs aimed at developing the agro-industrial complex. At the same time, by the second reading of the draft budget, the amount is planned to be increased to 475.7 billion rubles, which is higher than the level of the current year. Financing under the state program for the integrated development of rural areas remains at the level of 2022, and the volume of support in the field of land reclamation will increase.

In conclusion, the Deputy Minister stressed the need to focus local support measures on promising areas and provide it to those sub-sectors and manufacturers that need it most.